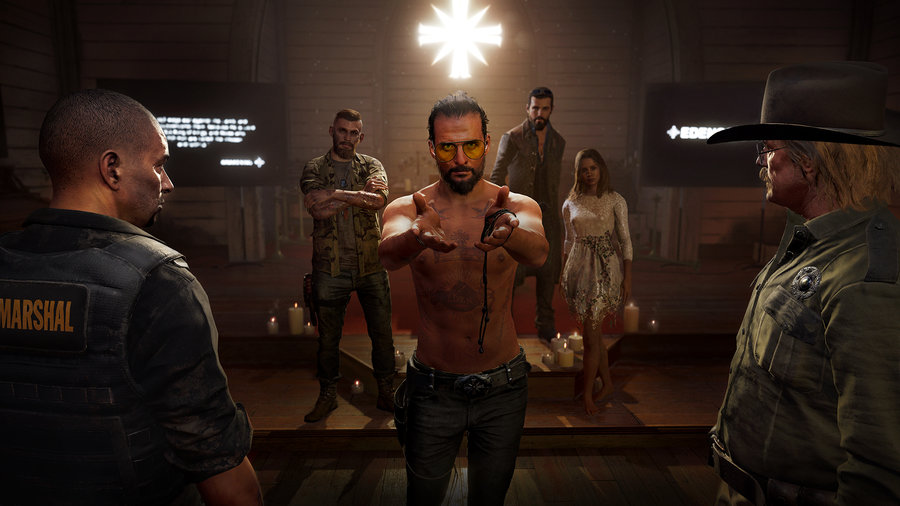 TL;DR
Great game
UbiSoft has a lot of loyal customers but has made missteps in the past that upset millions. Specifically, the botched and severely bugged release and subsequent abandonment of Assassin’s Creed Unity left a lot of people feeling ripped off.
This release does not suffer the technical issues that tend to accompany AAA releases. I attribute that to the fact that the underlying gaming engine, Dunia 2, is now mature and battle-tested. In addition, the game does not raise the bar for hardware as much as you would expect with an AAA title. You won’t need to buy a new $400 video card to play this game with acceptable frame rates.
Now onto the content. I am loving it. We all knew that the game would be centered around a religious cult in a fictitious county in Montana and that the game would include in its plot some of the current controversial issues.
The world created does capture midwest in terms of wildlife, terrain, and culture. You can fish and hunt when you don’t feel like shooting it up against the evil cult. The only negative thing I can say is that I wish it was bigger. But you do feel like you have been transported to Montana. The visual artwork is spot on.
The music is simply a masterpiece and plays a big part in establishing the immersion that the game creates. It is Americana style music with a very folksy tone. But what really stands out are the hymns that are played in all the areas under the control of the cult. Very bone-chilling and they stick in your head and haunt you when you aren’t even playing.

Far Cry 5 provides access to helicopters and small aircraft. While that is a good thing, that is what makes the world seem too small and it is problematic to the plot. The smart thing to do, as soon as you get your hands on an aircraft, would be to fly out and go get back up and the full force of the federal law enforcement. I was curious to know how they made doing that impossible and wove it into the plot, but they didn’t.  When you fly near the bounds of the world, you can see the edge and if you fly over it, the game just respawns you. This aspect of the game needed better handling.

In terms of gameplay and mechanics, it is a Far Cry title so you do exactly what you would expect. You have to take down cult outposts, one-by-one, destroy their resources, and complete missions.

Multiplayer, although I haven’t yet tested it, is very good. In multiplayer mode, you can play with a friend and do the campaign and missions cooperatively.  There is not a smaller set of missions that are for multiplayer, like in so many titles. Really nice.

Multiplayer also has a player-versus-player (PvP) mode where teams of six battle it out in Far Cry 5 Arcade. You find the arcade machines through the Far Cry 5 world, and when you interact with them it takes you to “Arcade” mode where PvP exists and create custom maps. But Far Cry 5 Arcade mode takes you out of the world of the campaign.

Many reviewers are not impressed with the handling of the controversial points., and specifically say that Far Cry 5 fails to “say anything” about the things going on in our country right now. I don’t agree. I think it says a lot that the game was even set in the US and that it is imaginable that this could actually happen. But UbiSoft has stated their position was to have no political message. If you are looking for one, you might be disappointed. I’m not sure we should be looking to video games to make political messages.

I was surprised that the fictitious cult is not created in a denominational agnostic way, in order to avoid alienating specific followers of a specific religion, but they did make the cult label themselves as Baptists. But let us not forget that the real-life Westboro Baptist Church also considers themselves Christians and believes they are carrying out God’s work.

For whatever reason, UbiSoft decided to include microtransactions. You can use real money in their store to buy silver bars in the game which can be used to get access to weapons and such without having to earn through the game missions. Completely optional and harmless, but still I wonder why. It just makes the game look greedy and nickel and dimey.

As I said before the immersion is deep and the tone and themes are haunting. There are some disturbing visuals throughout the game that really drives this home.