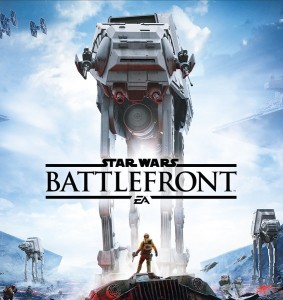 Every year there is at least one massive failure in the PC gaming industry where a game is released with a long list of serious bugs that make it clear that meeting deadlines to capitalize on market hype and the holiday gifting wave with little to no concern of quality. There have been entire studios driven out of business because of releasing a poor product, with MicroProse’s botched release of “Falcon 4.0” being a prime example. The title “E.T.” for the Atari 2600 goes down in history as being the biggest video game failure of all time and is being blamed for the video game crash of the 80’s. Is “Star Wars Battlefront”, released by Origin (a division of EA), going to go down as the biggest failure of releases in the November-December period of 2015?

Clearly, if you are a game studio that has secured license rights to release the next Star Wars title which happens to coincide with the release of the next film in the franchise, you know you are well positioned to earn serious revenue for your company. So you set out to communicate your vision with the teams you have hired to deliver your vision. It goes without saying that the graphics must be stunning (and that is the case). It should also go without saying that the game should be fun and keep you engaged, and the general consensus is that after about 30 minutes it simply becomes “boring”. It should also go without saying that the game should work, and the bug list is quite long and the severity of the bugs is quite alarming.

You can see that pretty much aspect of the game is flawed for all platforms. My favorite is for “Technical hang or game freeze” with the recommended workaround “Restart your game.” What that basically means is if you happen to find the game enjoyable and devote time to playing, it might hang or freeze at any time and you have to restart. Nice.

Game controllers don’t work, there are video problems, and connectivity issues. I bought the game for my 8-year-old son, and after an hour of playing, he was already playing something else. When I asked his opinion of the game he said: “it freezes and glitches too much”. Keep in mind a custom built a gaming system based on an AMD-6300 CPU and nVidia GTX-950 GPU, and whatever the issues are it isn’t the computer.

There you go. Did entire teams of EA not test the product? Did they not do focus groups? Or did they know all the problems but needed to release it despite the serious issues in order to cash in on the Star Wars bonanza?

It is a common tactic to release and hope your audience will be patient and wait for the patches. The problem is that once the game is released the studios downsize their staff. It can take months of patches to get most of your customers happy, as was the case last year with UbiSoft’s “Assassins Creed Unity”.

Please note, “Star Wars Battlefront” are registered trademarks and property of Disney and EA and I have not been authorized to use their trademarks or the image in this article, especially since my review is less than flattering.

This site uses Akismet to reduce spam. Learn how your comment data is processed.